Vericel websites use cookies, small text files stored on your browser, to personalize your web experience and to analyze website traffic. By continuing to use this website without changing your settings, you are agreeing to our use of cookies and to our collection of information. For more information about what Vericel collects and how we use it, visit our Privacy Policy.

If you are a patient or caregiver, click here 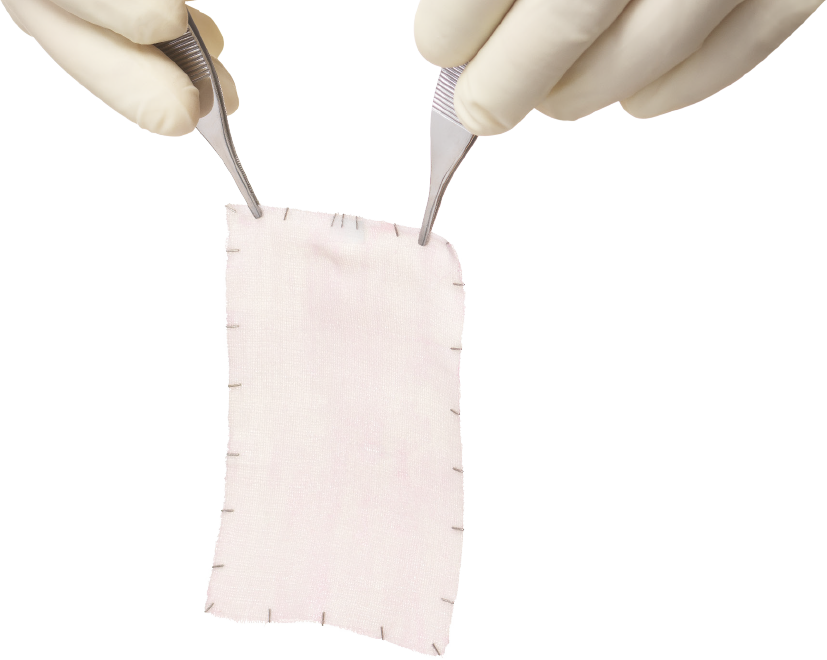 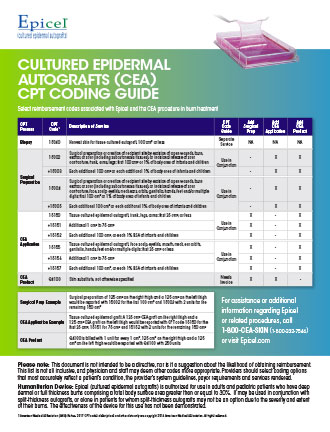 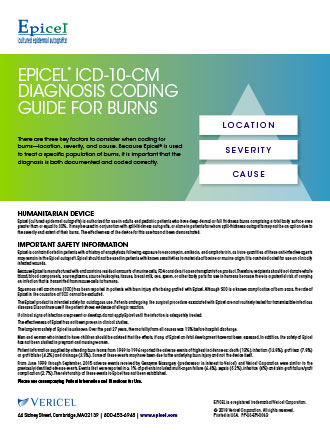 Navigating the steps of Epicel reimbursement

At time of Epicel biopsy

Please note: This is not intended to be a directive, nor is it a suggestion about the likelihood of obtaining reimbursement. This list is not all inclusive, and physician and staff may deem other codes more appropriate. Providers should select coding options that most accurately reflect a patient's condition, the provider's system guidelines, payor requirements and services rendered.

Specialists are available to answer reimbursement questions about Epicel and the CEA procedure.

Epicel is widely reimbursed and included on a majority of national insurance plans.
Click here to learn more about Epicel reimbursement

Epicel is contraindicated in patients with a history of anaphylaxis following exposure to vancomycin, amikacin, and amphotericin, as trace quantities of these anti-infective agents may remain in the Epicel autograft. Epicel should not be used in patients with known sensitivities to materials of bovine or murine origin. It is contraindicated for use on clinically infected wounds.

Because Epicel is manufactured with and contains residual amounts of murine cells, FDA considers it a xenotransplantation product. Therefore, recipients should not donate whole blood, blood components, source plasma, source leukocytes, tissues, breast milk, ova, sperm, or other body parts for use in humans because there is a potential risk of carrying an infection that is transmitted from mouse cells to humans.

Squamous cell carcinoma (SCC) has been reported in patients with burn injury after being grafted with Epicel. Although SCC is a known complication of burn scars, the role of Epicel in the causation of SCC cannot be excluded.

The Epicel product is intended solely for autologous use. Patients undergoing the surgical procedure associated with Epicel are not routinely tested for transmissible infectious diseases. Discontinue use if the patient shows evidence of allergic reaction.

If clinical signs of infection are present or develop, do not apply Epicel until the infection is adequately treated.

The effectiveness of Epicel has not been proven in clinical studies.

The long-term safety of Epicel is unknown. Over the past 27 years, the mortality from all causes was 13% before hospital discharge.

Men and women who intend to have children should be advised that the effects, if any, of Epicel on fetal development have not been assessed. In addition, the safety of Epicel has not been studied in pregnant and nursing women.

Patient information supplied by attending burn teams from 1989 to 1996 reported the adverse events of highest incidence as: death (13%), infection (13.8%), graft tear (7.8%) or graft blister (4.2%) and drainage (3.3%). Some of these events may have been due to the underlying burn injury and not the device itself.

From June 1998 through September, 2015 adverse events received by Genzyme Biosurgery (predecessor in interest to Vericel) and Vericel Corporation were similar to the previously identified adverse events. Events that were reported in ≥ 1% of patients included multi-organ failure (6.6%), sepsis (5.2%) infection (4%) and skin graft failure/graft complication (2.7%). The relationship of these events to Epicel has not been established.

Please see Patient Information and Directions for Use for more information

Please confirm you are a
U.S.-based Health Care Professional

CONFIRM I AM NOT A U.S.-BASED HEALTH CARE PROFESSIONAL

Thank You for sharing
your information with Vericel

Please note: we respect your privacy and will only use your email
to provide Vericel-related information.

By submitting the information on this form, you certify that you are age 17 or older. Submission of this form constitutes acceptance of Vericel's Terms and Conditions and of the terms outlined in Vericel's Privacy Policy.

You are now leaving Epicel.com